WHAT IS THE MAIN PART OF THE HIGH PRESSURE FOAMING MACHINE?

The most important part of the high-pressure foaming machine is the mixing nozzle. The task of the gun head is to evenly mix two (or three) raw materials. The raw materials will only stay in the mixing chamber for an instant. To achieve a uniform mixing effect in such a short period of time, Yuanke must have strong kinetic energy to pass through each other. Violent impact. In order to obtain high kinetic energy, the nozzle aperture had to be reduced and the resistance increased, which of course increased the pressure of the raw material.

The first-generation mixing gun head has only one piston, which is responsible for mixing and cleaning, and it is also necessary to consider not letting the raw material spit out (splashing) at high speed. After the compromise, the diameter of the piston rod had to be increased, resulting in slow firing speed, resulting in uneven mixing of the initial raw materials. 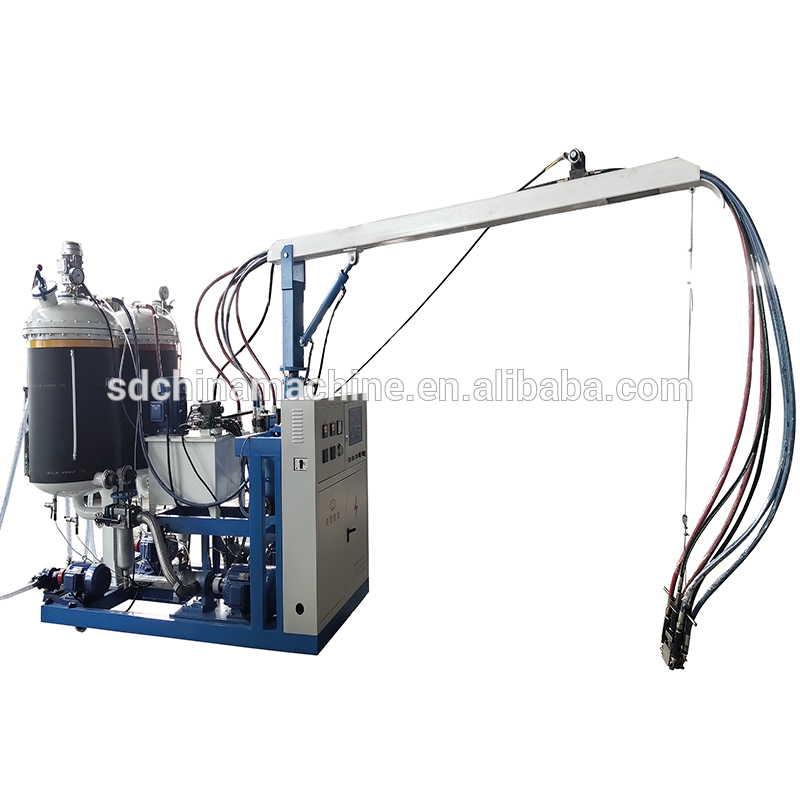 The L-shaped gun head operates with two pistons. The small piston is as small as possible in order to achieve better mixing uniformity. The mixing chamber is actually the space vacated by the small piston retreating. If it is too large, the energy of the raw materials will be reduced during impact and it will not be able to mix well. The mixed wish material continued to move forward, turning a 90° bend into the space vacated by the NPC piston. The large piston enlarges as much as possible to let the raw material spit out at a lower forward speed, thereby reducing splashing.

Pressure is the resistance in the process pipeline. Where does the resistance come from? That is the nozzle. Generally speaking, nozzles are divided into two categories-fixed and self-adjusting.

As the name implies, once the fixed nozzle is set, the hole diameter will not change anymore. When the raw material flow rate changes, the pressure will fluctuate. Fixed nozzles are divided into two types: national cylindrical and conical. The nozzle material is generally hard foam, soft foam and self-skinning raw materials, without fillers. After the filter, the cleanliness is relatively good, and the wear of the nozzle will not be very serious. The nozzle can be produced by good heat treatment. Longer life. But recently, when producing soft foam seat cushions, it is required to add filler (malmine power) to improve the flame retardancy of the seat cushion.